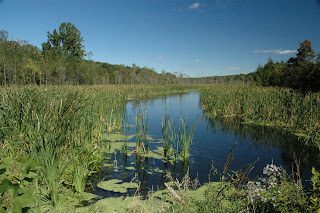 Thank you so much for the critique!It was chock full of useful info.
I do have a question - can I include the blog and twitter information with my contact info, or does it need to have it's own line in the bio paragraph?

I'm glad you liked it! I'd put it in the bio paragraph, honestly-- I tend to not spend a lot of time looking at the author's contact info under the signature unless I'm about to get in touch. That sort of thing, I don't think it's a problem to double-up on, especially if your bio needs a little "oomph."

This was a very thorough critique and you were very generous with your information.

And now I know I should include my blog/twitter/FB info in my bio :)

Looking forward to mine!

Thanks for this critique! (And well done, Ms. Snip!) It's really helpful. I hadn't thought to put the social media information in the bio (instead had it under contact info as Christi, above, does).

As for the picture question: I say, don't bother. I come here for the content and I'd rather have those extra few minutes of CMC-time spent on that aspect instead of the aesthetics. :)

Out of curiosity, what number of Twitter followers would you say is "good news"? Is there a minimum you'd like to see for a writer to mention it?

Also, I love images in blog posts - but usually only if they correlate to the subject matter. So for a post like this one, for example, a pic of your slush pile would be awesome (if anyone has physical slush piles anymore, LOL), or perhaps an LOL Cat with your own little saying on it - I made one once where a cat was sitting on a computer and glaring and it said "Literary agent cat rejects ur query" :)

About the pictures, I'd say post one if you think it's really relevant, but don't worry about finding a picture for every post just for the sake of having a picture. I've tried that before on previous blogs and it's just not worth it. Your time is more valuable than that, IMO.

Yeah, I would never think to include my networking stuff in the bio so appreciate that tip.

And let's see...pics. I think pics are attention-grabbers--and sometimes, I'll stop and read a longish post with a pic because it *feels* shorter than just a bunch of words. Makes no sense, but there you have it.

One more question (and this is a little embarrassing), what if you have no followers? On the blog or on twitter? Building is one thing, but if you are literally at ground zero, does that speak poorly of you?

Ms. Snip, it's a good question-- and honestly, everyone starts somewhere. I'd frame it as an "I am new at this" kind of thing-- it's more important that you're clear in your bio that you're willing to learn and to participate in anything the publisher wants you to do to help the book. The results are really mixed about how much difference this kind of thing actually makes to book sales (see my note about bestselling authors' twitter numbers in the next post), so I wouldn't get too wound up about it. You're trying to self-educate, and that is a great thing. (Along these lines, I have a copy for Twitter for Dummies that I still haven't read-- maybe I'll do a giveaway on the blog after I finally read it, so someone else can reap the benefits.)

You make a good point about the importance of the author bio. It's become an expected part of the submission.

Courtney Miller-Callihan
I'm a literary agent with Sanford J. Greenburger Associates. All opinions stated are solely my own.